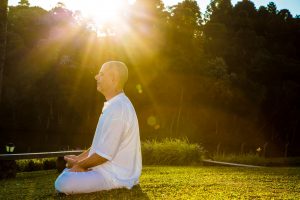 Who am I is perhaps the most important question for Awakening.

I am an ordinary person just like you, who explored the questions of identity and reality through the complimentary perspectives of sciences and spirituality, and who shares and accompanies people on their path to Self discovery. About 20 years ago I created the method called Self Healing (in Spanish and portuguese Terapia Del Alama or TDA) which I teach, and is based upon meditation and healing our deep sense of  separation as souls.

According to my vision, Self-realization is not a determined inner state of consciousness, rather it is the recognition of the soul – or the individual consciousness – of how it projects itself through time and space from the Source (or “Self”) and its growing capacity to abide naturally within the Self or the Source of creation.

My biography is not what I am, it is the “official” story of my experiences and the “programming” with which I have come to this life, but I share with you because for some people that resonates with their life and inspire.

I was born in Israel to parents of Sephardic origin and I have been living in Spain since 1997. My academic and artistic biography stands out for its diversity and includes studies and practice of science, technology, music, literature, spiritual traditions and alternative therapies. I arrived in Spain as a part  of a surprising and overwhelming journey to my genealogical roots, culminating in Self-realization.

As an independent guide, I emphasize that I do not belong to any spiritual community. Rather that I have a Family and that among my other roles of life is being a husband, a father, a son, a brother and friend of many people. I consider that Awakening and even enlightement (a term which I preffer not using, in order to prevent it from becoiming mental objective and becuase I truely believe Life is constantly awakening us to itself) can be accomplished where we are, in life itself, in the Mirror Room of the soul, without the need to withdraw from it, bringing attention and awareness in all its aspects.

Inspiration for my path began early in my life when, as a child, I was looking at the sky and asking myself what is the meaning of all this and why have I come here.

Growing up next to Mediteranean Sea shore, I used to hold my breath in its waters, in the lotus posture for as long as I could, so I could relax and rest beyod my existential pain.

My first stage of seeking was done through science, nuclear physics, cosmology and computer science. Then I immersed myself in music and literature, philosophy and therapy, coming to investigate mysticism, first at academic level and then through direct practice of meditation, according to various spiritual traditions.

On my journey to Self Realization there were some major crossroads and influences that I would like to mention: leaving Israel for Spain with a scholarship for Ph.D. on the sephardi version of the Book of Splendour of Kabalah and discovering my past lives there; the breast cancer of my sister that set me on a path which combines meditation and Self healing and also tought me that disease can be a great master; meeting with Jennifer Mackenzie, an international medium, from whom I leaned the arts of mediumship and healing; practicing the extraordinary teachings of Anadi (then Aziz Kristof) about meditation on a path to enlightenment beyond traditions; resonating with Pablo de la Iglesia, with whom I experienced how Divinity is at the core of our identity and that we can simply open our hearts to recieve Grace; getting inspiration from the writings and figures of Ramana Maharshi and Anandamyi Ma during an incredible trip in India, from the north to the south and with my partner and two children; and last but certainly no least, recieving an initiation of Haidakhan Babaji, while meditating in his cave in the Himalayas, to dedicate my life’s work to Awakening of human consciousness. There is a long list of masters of Science, music, literature and spirituality, which I cannot mention here, but who inspired me profoundly on this Journey in all fields of life and to whom I feel deeply greatful as I write these words. Today my guides are trees and mountains, animals and plants, my wife and children, friends, students and all beings that belong to this relative reality in which you are also are included. I invite you to become a part of this family of Awakening on earth.